Some books you have too much hope for. Wink Poppy Midnight was one of those books. I may fall in the minority when I say, I couldn’t finish this read.

END_OF_DOCUMENT_TOKEN_TO_BE_REPLACED

Whew. When We Collided by Emery Lord is an eye-opener to the world of mental health on so many different levels. I literally just set the book down and wanted to write before I forgot anything, but I’m still processing my thoughts. Needless to say, bear with me.

END_OF_DOCUMENT_TOKEN_TO_BE_REPLACED

As one friend recently mentioned — William Ritter writes like that guy who always has a good story up his sleeve. Jackaby is one of those great stories. It is an adventure to be had and a mystery worth investigating. Whimsical and alluring, Ritter takes you on a journey through the unexplained with investigator, R.F. Jackaby, and his newly arrived assistant detective, Abigail Rook.  When a gruesome string of murders happen in New Fiddleham, Jackaby is second on the case, right behind the New Fiddleham police department, who refuse to believe in the strange and paranormal happenings surrounding the town. With help from good-looking detective, Charlie Cane, can Jackaby and Abigail stop the paranormal creature wreaking havoc on New Fiddleham?

Holmes. Those comparisons are not far off. The characters that Ritter creates are phenomenal. No stone is left un-turned with his character development. Jackaby is an adventure of his own. He is a delightfully intriguing character whose style choices are questionable and he never shies away from the unusual. The paranormal is his forte and he takes pride in his keen observations. Abigail isn’t your typical YA heroine. She’s bold and adventurous, yet she is shy and subtle. She strives for a life of equality, but doesn’t throw away her girlish charms. Some days she prefers pants and other days she prefers skirts — she’s three-dimensional that way. (Bravo, Ritter!)

The subtle jokes that are mentioned throughout, make this book. Ogden the frog and Douglas the duck are highlight characters that add a comedic air. Jackaby is downright hilarious and I adore Abby’s slight wit.

Honestly, it’s hard for me to write the not-so-good, because I love this book! I would say it is a bit juvenile at times, but I wouldn’t recommend it to anyone under the age of 12. The murder scenes can be a bit gruesome, which would make 11 year old me have nightmares.

This book is a 5 and with good reason. It’s quirky, yet serious when it needs to be. It’s a book that will keep you reading, and by the end you will be anxiously awaiting book number two of the series, Beastly Bones. If you are a fan of Doctor Who, mysteries, humor, or gassy frogs, Jackaby is a book for you. 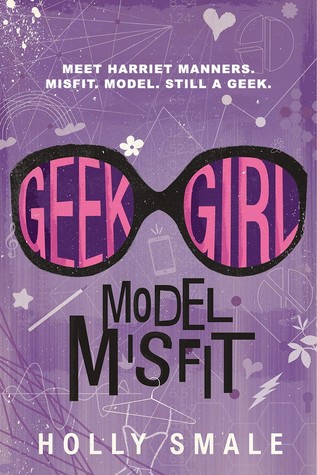